For several years Spain has been recognized as one of the best and most pleasant European countries to live in. Combine the healthy Mediterranean climate with Spanish culture and the many local traditions with the beautiful coastline, the quality of life, the overwhelming nature and the good accessibility and it will surprise no-one why so many foreigners go to the purchase of a house in Spain (as a holiday residence and / or to come and live there). As a golf fan you are certainly at the right address. Nowhere else in Europe do you find a better climate that makes it possible to play golf all year round. Wave legends Seve Ballesteros and Bernard Langer were regular customers here

Spain is easy to reach by car, train or plane. There is a wide range of inexpensive flights to and from Spain throughout the year (Ostend, Brussels, Charleroi, Eindhoven, Maastricht). p>

Recently, the airport of Alicante has been expanded with a new terminal that will benefit the already excellent service.

In the coastal provinces such as Alicante, Valencia and Murcia, people enjoy the sun, the sea and the many quiet beaches all year round. Another important fact is that the Costa Blanca South has less and less rainy days than the northern part of the Costa Blanca. There are on average 300 days of sunshine in the Costa Blanca South. During the summer months the average temperature is 30 ° C and in the winter months it is 15 ° C. 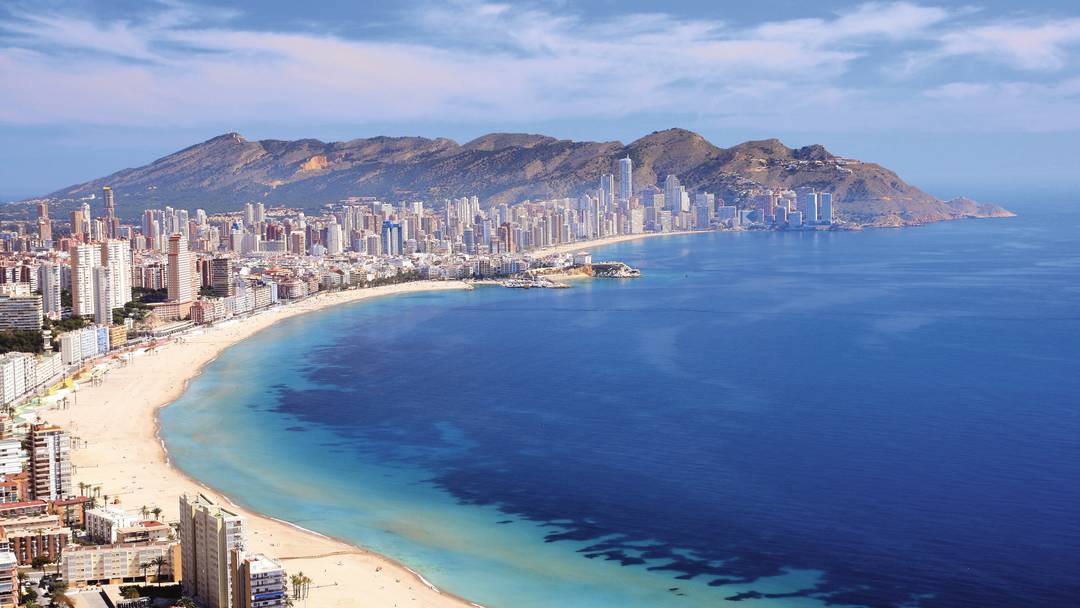